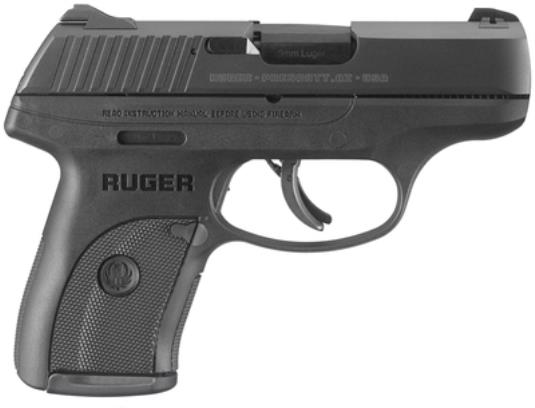 The Ruger LC 9 review aims to provide an in depth analysis of the lightweight and compact handgun Ruger LC 9.

The solid construction of the gun is due to the blued alloy steel.

The checkered grip frame of the handgun is made from glass filled nylon which provides a comfortable and secure grip.

If the shooter requires extra grip, a finger grip floor plate extension is also included. The Ruger LC 9 holster can be used to comfortably place the gun and can be pulled out easily for use.

Below is the Ruger LC 9 specs table:

The Ruger LC 9 is a very reliable handgun which is backed with an excellent design. The corners and edges of the gun is rounded and beveled which makes it comfortable to carry around.

The Ruger LC 9 is popularly known as “pocket pistol”.  The handgun is lightweight and is easy to conceal. The below section of the Ruger LC 9 review highlights the best features of the gun:

The Ruger LC 9 is a light weight compact gun that has a 9mm caliber. This is fairly sufficient for personal defense when used with the right type ammunition.

The Ruger LC 9 is designed to hold 7 rounds in one stack magazine. This means that the cartridges are placed in single row instead of being staggered which is usually the case in double stack magazines.

Due to the single stack magazine design the gun is thin, flat and has a better grip. But there is a downside too. The round capacity of the gun is lower compared to other guns in the same category.

Even though the Ruger LC 9 is packed with useful features it is very compact. It is about 6 inches in length and 4.5 inches in height and just about 1 inch thick. It is lightweight and people will not experience any problem carrying it around.

The Ruger LC 9 is double action, hammer fired gun. In simple terms this means that the every time the trigger is pulled it cocks the hammer placed inside before freeing it. The trigger is designed in this way to prevent it from getting pulled accidentally.

The Ruger LC 9 has a bigger opening for the trigger as it is equipped with a bigger trigger guard. The gun is not the easiest to shoot with as it has a longer and heavier pull compared to guns that have single action.

To shoot using a double action gun requires a certain amount of training and practice but there is no doubt that it is one of the best option if you want a gun that is easy to conceal.

The Ruger LC 9 has an internal lock along with a manual thumb safety feature. This prevents the gun to be engaged when the pistol is not cocked. The gun also has a California-approved visual feedback indicator that shows the shooter if the chamber is loaded or not.

It may appear that the chamber may interfere with the line of sight, but this is not the case. It also has an integrated safety trigger, magazine disconnects and inert magazine that helps to dissemble the gun safely.

It offers 100 rounds at a time. After the break in process has been completed the shooting becomes much smoother and more precise.

Most small handguns are not designed to bear the impact like other heavier guns. This is one of the drawbacks of choosing a small sized gun. The recoil of Ruger LC 9 may not be the best but surely not too uncomfortable.

Like other handguns, the Ruger LC 9 also offers the 3 dot sight which is easy to align. 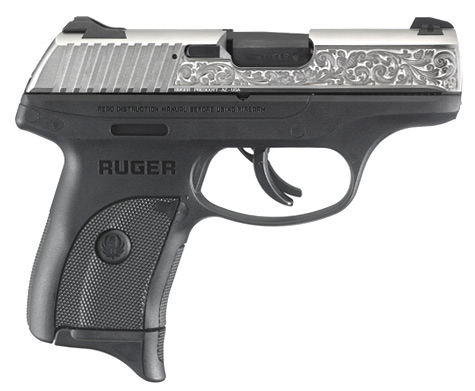 The process disassembling Ruger LC 9 is a tad time consuming. In order to removed the field strip one has to use the key provided. If the key is lost, a nail or a punch can be used.

After opening the takedown panel the user has to align the takedown pin with a notch and punch it out from the other end. Once done, the slide, dual recoil springs and guide rod can be removed without any issues.

Though the Ruger LC 9 is an impressive handgun it does have a few shortcomings. The below section of the Ruger LC 9 review highlights the negative features of the gun:

This is one of the serious drawbacks of the Ruger LC 9 handgun. As it does not have a re-strike feature, the user will have to rack the slide when the cartridge has failed to fire.

As the Ruger LC 9 is designed to have a bigger trigger guard, there is no tactical rail provided. This causes inconvenience as there is no room provided for attaching accessories.

The general features of the Ruger LC 9 are designed to be ambidextrous. But the slides, manual safety feature and reload features are more convenient to access with the right hand. This poses a problem to people who are left handed as it take a longer time for them to access the safety features.

As the gun has a double action trigger, the users feel like they are shooting in slow motion. It almost resembles the trigger of a revolver. The trigger of the Ruger LC 9 has to be completely relaxed forward in order to reset it.

The Ruger LC 9 comes with a Factory magazine disconnect. The gun will not fire unless the magazine disconnect is fitted in the gun. This can cause a problem when a shooter tries to perform a magazine change when a round is present in the chamber.

The Ruger LC 9 is loosely based on the very popular Ruger LCP .380. It is packed with features that make it ideal to use by the common man and also law enforcement personnel.

The below section of the Ruger LC 9 review highlights the advantages of the gun over competition:

The Ruger LC 9 is constructed using a glass filled nylon composite frame which is supported using an aluminum grip frame. It has a 3.1 inch barrel which is made from steel. The use of steel components and durable synthetic materials gives the Ruger LC 9 an edge over the other guns in the same category.

The Ruger LC 9 is well balanced and slightly heavy but this helps to bear the impact of the recoil.

As an additional safety precaution, the Ruger LC 9 is equipped with a chamber indicator.  This gives the shooter clear information about whether the gun is loaded or empty. It has a clear message in red that says “loaded when up”.

One of the major advantages of the Ruger LC 9 is the three-dot sights. It is dovetailed and is easy to adjust. It works well under any lighting conditions.

Shooting with Ruger LC 9 is quite precise though it requires some time to get used to it. The finger extension provided makes the gun easier to hold during shooting.

The Ruger LC 9 automatically locks back after the final shot has been fired. This is a good feature as the shooter does not have to keep count of the number of shots that have been fired.

The Ruger LC 9 functions well with different types of ammunition and commercial reloads. The trigger is not very heavy but does have a longer pull.

Shooting with smaller handguns may be a bit difficult due to the small size. But the Ruger LC 9 makes it possible for people with large hands to use the gun effortlessly.

The Ruger LC 9 is definitely a fine lightweight, concealed and compact handgun. It has superior frame counters and offers a capacity of 7+1 rounds.  If you are looking for Ruger LC 9 for sale, the gun is priced at $443.

The shape of the grip, design and ergonomics of the gun make it very comfortable to use and also pleasing to the eye.

Though the Ruger LC 9 may not be the ideal choice for beginners due to the recoil and trigger reset features, it is a good choice for shooters with experience.

While detractors may dislike the chamber-loaded indicator and magazine disconnect feature, one cannot deny that the Ruger LC 9 is reliable and delivers adequate performance.